Posted: November 17, 2017 Under: Uncategorized By admin no Comments 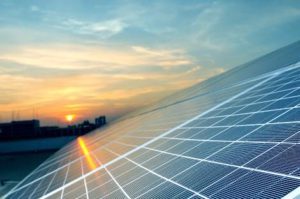 Chairman of the board, Kevin Lyon, said subsidy-free developments, potentially co-located with storage, is where the company sees the next stage of growth for the solar sector.

The company said its operational assets had outperformed in terms of energy generated by around 2% across the portfolio, although a 43-day DNO outage at its 5MW Hall Farm site in Leicestershire meant energy generation for that plant was -22.1% compared to budget.

Lyon said increasing competition to acquire large operational solar sites following the closure of subsidy schemes is leading the fund to “focus on smaller portfolios of several solar plants to be built for us”.

Lyon added that the economies of scale of larger sites were not necessarily of benefit for investors because these have been priced into projects touted on the secondary market.

“As a result, we have found that larger assets or portfolios do not present any particular economic advantage to the company,” he added.

Lyon said “focusing on smaller assets results both in an accretion in the value of the company’s portfolio as well as mitigating risk through diversification”.